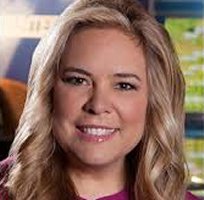 Caryn Golden has been promoted to news director at Cox Media owned (for now) WHIO in Dayton, OH.

She’ll replace Dave Bennalack when he retires at the end of the year, after 11 years as ND and 30 years with Cox.

Golden is currently the Senior Content Director at CMGO (the combined TV, radio and newspaper newsroom).

She began at WHIO as a reporter/anchor, left for a year for a PR job in California, and returned in 2004.

Her not-yet-updated-station bio has more.