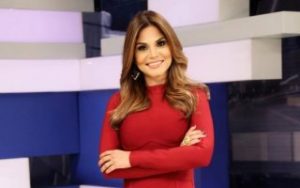 Former Univision anchor/reporter Natalia Cruz is off the beach after six months and back on the job.

She’s joined SBS-owned MegaTV in Miami as an anchor/reporter for the station’s 5:30 pm weekday newscast.

Cruz spent 12 years at Univision until May of this year, when the company opted to not renew her contract.