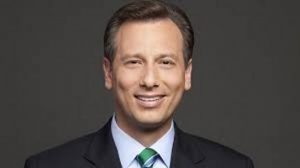 While an autopsy has been completed, the cause of LA anchor Chris Burrous’ death is still undetermined.

It could be weeks for the actual cause of death to be uncovered.

Colleagues and competitors spent the past several days offering up tributes to Burrous.

The popular KTLA anchor died after being found unconscious in a suburban LA motel room.

Paramedics administered CPR before transporting Burrous to a hospital, where he was later pronounced dead, officials said.

The Los Angeles County coroner’s office is working to determine the official cause of death.

A possible overdose is suspected.

Burrous joined KTLA in 2011 after working for 14 years as a reporter and anchor at news stations across the country.

KTLA anchor Sam Rubin, wrote of Burrous’ strong connection with viewers and the community.
“Here’s the thing. This is awful. Heartbreaking and horrible. What Chris Burrous did was connect – with all of us, every day, and most especially on the weekends. He deeply loved his wife and his daughter; and all of you who watched him. A large community is in mourning tonight.”

Anchor Chris Schauble tweeted that Burrous was a multi-faceted talent. “No one has his amazing range (anchor, weather, traffic, feature and breaking news reporter). Unmatched as a proud husband & father. Right now he’s telling the angels where to find the best food.”

Christina Pascucci wrote on Instagram, “This morning he was supposed to be sitting next to me.” “I keep thinking ‘what would Chris do’ in this situation. Chris, we will do our best to honor you today and always in every assignment, but nobody does it like you.”