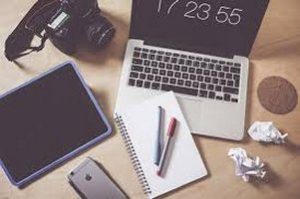 What happens when a print reporter and a tv reporter are thrown together in a new partnership aimed at innovation?

Such an experiment is underway at WLBT, the Raycom station in Jackson, MI, where tv reporter CJ Lemaster got a new partner.

Erica Hensley is an accomplished print reporter with two degrees and a strong track record in data journalism.

But Hensley showed up at WLBT with a lot more than her reporting credentials: her work is completely paid for, part of an innovative funding model for investigative journalism.

It actually was a gift. Hensley works for Mississippi Today, a nonprofit statewide news organization, but her project with WLBT is funded by the John S. and James L. Knight Foundation as an experiment to see what happens when a print reporter and a TV reporter join forces. The goal: four collaborative investigations by the nonprofit and the station over 18 months.

For their first joint project: an investigation into Mississippi’s high rate of evictions and eviction judgments and how that traps Mississippians in a vicious cycle of poverty. Hensley had found a rich nationwide database of statistics at the Eviction Lab, based at Princeton University, and was ready to dive in. “I was very excited,” says Henley.

That was last spring. In September, WLBT broadcast LeMaster’s 10:27 story on “The Eviction Trap,” and Hensley published “Eviction Note: How a housing program to help families out of poverty may trap some in it” — the first of several related stories — the same day.

But here’s the key takeaway: both partners say the ambitious investigation would never have happened without the collaboration.

It will be interesting to see future collaborations.

The entire article about the endeavor is worth a read.