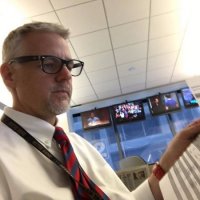 David Parrish, who was forced out as executive producer of WBBM’s 10 p.m. newscast after 15 years at the CBS-owned station, is making a move across the Windy City.

He’s landed as a content producer at NBC-owned WMAQ.

“David’s years of experience covering news in Chicago will be a great addition to our staff,” Frank Whittaker, WMAQ station manager and vice president of news is reported to have actually said..