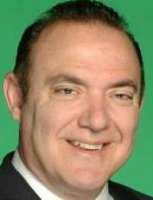 He replaces Vicki Bradley who left in August after about 16 months as ND.

He spent the last three years as ND for Sinclair’s KGBT in Harlingen.

He’s also been an ND for Telemundo in Dallas, and three times in El Paso, (twice at the Univsion station and once at the NBC affiliate).