After all the dust settled following this week’s announcement of an executive shuffle at NBC News, one thing seems abundantly clear: 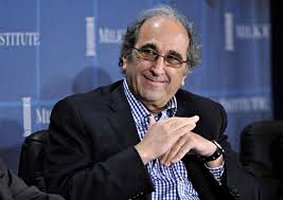 Other executives got shiny new titles and broadened responsibilities.

Lack got a new boss.

Despite Burke magnanimously taking the blame for the Megyn Kelly fiasco, it was Lack’s call.

Just the latest in Lack’s string of poor calls in talent poaching.

Yes, we are again bringing up Sam Champion and Josh Elliot, both of whom had high-profile careers going before Lack started shoveling money in their direction and, once he had them, completely misused them.

And we haven’t touched on the whole #MeToo thing under Lack’s watch.

Maybe it’s just one step closer to the door for Lack.

It wouldn’t hurt the news division at all.