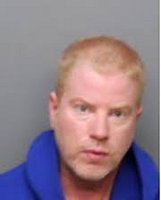 Last month, we brought you the story of the weekend arrest of Scott Madaus, a reporter for Cox-owned WHBQ in Memphis, TN.

Madaus was picked up on domestic violence charges on December 15th.

According to a police report, Madaus and the victim were at home drinking wine and began to argue.

As the argument escalated, the woman attempted to leave.

When police arrived, they found that an angry Madaus had evidently vandalized the house while the woman locked herself in a bedroom.

They also found two Glocks, but Madaus faced no charges on that issue.

The Shelby County District Attorney General’s office confirmed over the weekend that the case was dismissed after all parties consented.

Madaus has been a consumer investigative reporter for the station for the past 12 years.