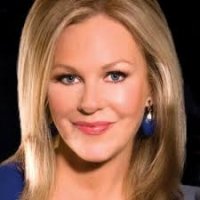 She has spent 15 years at Fox News as a legal reporter and analyst, appearing on “Your World with Neil Cavuto,” “The Kelly File” with Megyn Kelly, and “The O’Reilly Factor.”

She was also a regular guest on O’Reilly’s long-gone radio show.

Now, she is moving back into radio and will co-host a new program on New York’s WOR.

Because, you see, her co-host if “The Hill” reporter and columnist Joe Concha.

The program will be heard weekdays from 6 p.m. – 9 p.m. and will spotlight a mix of top news stories, politics, movies, TV, Broadway, pop culture and consumer issues in the New York area.

Additionally, the hosts will provide their views on the stories of the day from both sides of the political aisle and will take calls from listeners.