“…[T]he inspiring stories of diverse men who share their journey through life…” is how the story begins.

And the top story in a Houston magazine cover piece of the city’s leading lights (male division) is …. 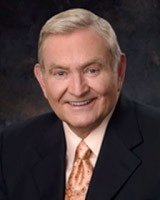 After 50 years of delivering the news, Ward stepped down from the anchor desk last year, but only a few months went by before he picked up the microphone again to produce history segments for the station.

He’s also wrapping up his memoir, due in April, titled after his signature newscast greeting “Good Evening Friends.”

And he still has stories to tell, including this one he related to Houston blogger Mike McGuff:

When a chance to join the new medium of television at lowly rated Channel 13 came Ward’s way in 1966, his father cautioned him against it.

Years later, when Ward was at the top of the ratings, the Baptist preacher realized the mark his son made in television news.

“David, I’ve been preaching the gospel of Jesus Christ in this state all of my adult life, and you speak to more people in one night, than I did in my entire life,” Ward remembered. “And I said, ‘Dad I guess you’re right, but the message is not the same. Yours was one of hope and eternal life and beauty. What I have to talk about is more or less the work of the Devil.’”