If your station has a drone, you know it’s like owning a corvette but not being able to drive it due to to nit-picky regulations.

The FAA has some pretty tight regulations across the country but KXLY (ABC) was able to figure a way around the red tape. 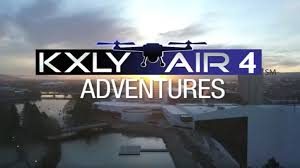 With two airports and a military base around KXLY used this setback to create an opportunity.

While their drone could not fly in the city, it could go all over the Inland Northwest featuring a lot of beautiful scenery.

“We’re a small company, and station owner Morgan Murphy saw this as a great innovation and really invested and trusted us to have this really fun, cool tool,” KXLY executive news director Melissa Luck says. “So we really wanted to find ways to use it.”

The final product that they’ve been producing for about a year is a segment called Air 4 Adventures — non-narrated packages that bring viewers “the beauty of the region from the air.”

If you are having issues, unpack that brand new drone and check into the areas you can fly in your market. Who knows, a drone feature could be a great segment coming out of weather.