April is going to be a big month for Lisa Cooney and WLWT (NBC).

That’s when Cooney and her home away from home part ways. 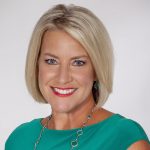 Just last month she celebrated her 30th anniversary at the Cincinnati station but sources say long before her congratulatory cake was baked, she was considering leaving television.

“I’m tired,” she told a local public radio reporter earlier this month saying her final broadcast will be in April.

“Thirty years is enough. I’m ready to go. I want to take some time off. I want to get some sleep. And plan the next chapter of my life.”

Since summer the thought of retiring “has been swirling around in my head. I talked it over with my family, and just decided it was time. I’m really excited,” she says.

Her bosses were “shocked” and “very upset about” her decision. They didn’t want her to leave, especially after News 5 Today won the November sweeps ratings. 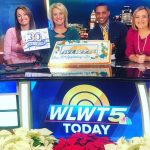 They offered a return to a day shift, as she had done 15 years ago, before returning to the morning show.

she was hired by Channel 5 in December 1988 as a part-time writer. A week later, she went full-time.

She rose through the ranks from writer to an Emmy Award-winning reporter to anchor – in the mornings, then evenings and then back to mornings in 2004.

“I’ve been lucky. I’ve been blessed to spend 30 years in my hometown in a business filled with comers and goers,” she says.