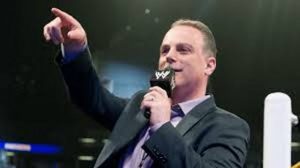 Just under six years was enough for Scott Stanford as sportscaster at Tribune’s WPIX in New York.

He signed off last week amid tear-filled tributes from colleagues, viewers and even Jimmy Fallon and Tony Danza.

But he will hang on to his “fake sports” gig as studio host for World Wrestling Entertainment, something he’s been doing since 2009.

But he hasn’t ruled out returning to “real sports” should the right offer come along.