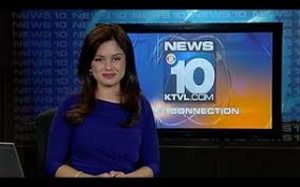 Her station bio page is already gone in Phoenix and it’s on to a new phase in her career for Jessica De Nova.

For the past two years, she reported for Tegna’s KPNX but now she’s headed home and a reporter slot at KABC in her native LA..

The boss sent her off with a nice memo to the staff:

Jessica De Nova will be leaving us today to relocate to the Los Angeles for family reasons.

During the past two years, Jessica has contributed admirably across all 12 News shows and platforms. Starting out as our Flagstaff bureau reporter, Jessica provided in-depth reporting on the latest developments in the NAU Murder trial. Upon joining us in Phoenix, she continued contributing across all shows and platforms and distinguished herself traveling to Las Vegas to report on the deadly shooting at the Mandalay Bay Hotel in 2017; she also traveled to our Tegna sister station, WTSP to help with Hurricane Irma coverage.

Jessica also provided unique perspective on immigration, sharing her own emotional story coming to this country as a child and her journey toward U.S. citizenship in our special IMPACT series.

Please join me in wishing Jessica continued success as she begins a new chapter personally and professionally, as she starts her new role as a reporter at KABC.