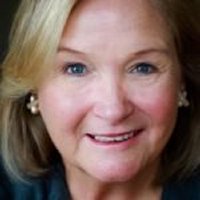 Colleen Dudgeon, former news director of CBS-owned WBBM in Chicago was the first woman ever to hold that job at any network-owned station back in the 80’s and early 90’s.

Most recently, she’s been a Midwest-based producer for NBC’s “Today Show” as well as moonlighting as an adjunct professor at DePaul University

In her new role she will be working on media training and strategy, and TV/digital story development.

Before her WBBM tenure, Dudgeon worked for the Midwest bureau of UPI and Tribune’s WGN.