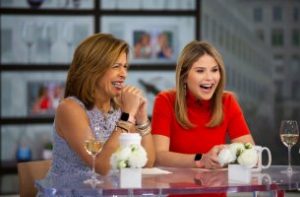 To the surprise of absolutely no one, NBC announced that Jenna Bush Haggar is going to replace the departing Kathie Lee Gifford in that fourth-hour winefest of “The Today Show,”

We’re speculating that a prime qualification for the job is having three words in your name.

No sooner did Gifford announce her departure two months ago that the heavy betting settled on the former First Daughter.

She’s been with “Today” for ten years.

“It feels humbling and I can’t believe it,” Bush Hager said of her new gig.