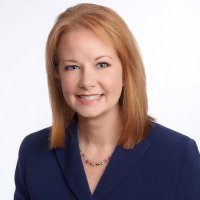 It’s no surprise that Denise Eck is out as news director of Meredith’s WSMV in Nashville.

Not after the drama of the past few years that included a discrimination lawsuit against the station by several former staffers, and the unholy mess created by the firing of longtime anchor Demetria Kalodimos.

The writing has been on the wall for awhile.

What is a bit of a surprise is the hiring of Mitch Jacob as the new WSMV news boss.

It’s a return to Meredith for Jacobs who worked for the company in Phoenix earlier in his career.

Details in this news release.

He most recently was station manager and news director for Sinclair’s WJLA in Washington, DC.

He left that job in November, saying he wanted to take a break from daily news for a while.

So under four months constitutes “a while.”

Mitch was at WJLA for about four years.

He previously worked for Sinclair as an ND in Columbus, OH, and has also been an ND in Phoenix, Toledo, Wichita, and Harlingen, TX.