As HLN, the CNN stepchild, continues to scratch its head over its godawful “true crime”-heavy primetime schedule, it’s making some significant changes to its daytime lineup, where news (of a sort) is still actually done. 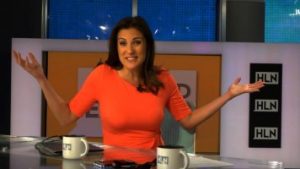 At the top of list is the moving of “Weekend Express” anchor Lynn Smith to weekdays Monday, March 11.

She’ll be the host of “On The Story,” airing Monday – Friday from noon to 2 pm., cut down from its original three hours.

Smith will be replaced by Susan Hendricks as host of “Weekend Express,” beginning March 16.

We can only consider as somewhat ominous the news that longtime HLN anchor Mike Galanos will host the new daily program “True Crime Live,” in that hour abandoned by “On the Story.”

Another crime show – just what is needed.