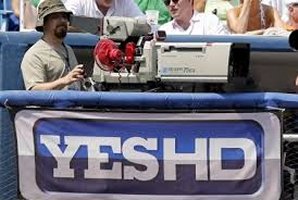 Frustrated in its failed bid to take over Tribune Media stations, Sinclair seems to be turning its eye toward sports.

First, there was the partnership announced with the Chicago Cubs that created the Marquee Sports Network, a cable network which become the Cubs exclusive television home beginning next year.

Now, Sinclair is snapping up the YES Network, the most prominent of the 22 regional sports networks being unloaded by Disney.

Sinclair is part of a group that is taking over the Yankees’ television home for $3.5 billion.

The Yankees, Amazon and a group of private equity pirat….ummm….investors are also part of the partnership.

Dare we hope (not) that stone-faced Boris Epshteyn will show up doing commentary during the 7th inning stretch on both Cubs and Yankees games?