A former KSTP employee was found not guilty Friday of making threats of violence following his workplace termination. 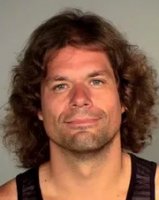 Last July, this bonehead was charged with allegedly making threats of violence toward co-workers after being fired the station.

According to the criminal complaint, he had been fired after a confrontation with a female co-worker whom he blamed for causing him to have a previous suspension.

When Arntson called to ask for his job back, he allegedly made reference to a recent shooting in Maryland where five people were killed at the Capital Gazette newspaper in Annapolis.

The complaint said he told police he made the reference as a warning that he may come back to hurt them.

Well, then….that makes it all better.