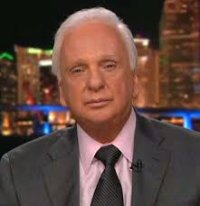 Goldberg, a favorite guest of Bill O’Reilly back when O’Reilly ruled Fox News’ prime-time schedule, suddenly disappeared from primetime on Fox after O’Reilly’s ouster and the death of Roger Ailes.

Goldberg offered a theory on his blog:
“Fox will tolerate a liberal criticizing President Trump, I said, but the network didn’t want conservatives taking shots at him. Sometimes I defended the president against what I thought was unfair criticism. But I was also critical of Mr. Trump, of his vindictiveness and his dishonesty.”

“In cable TV news – at Fox, at CNN and at MSNBC – the business model is easy to understand: Give the audience what it wants to hear. Validate the biases of the viewers. Keep them coming back for more. In that world, I was a problem.”
Goldberg, who is described by some as a moderate conservative (and by others as a perpetually cranky, if not outright angry journalist) had been with Fox News for ten years.

Before that, he spent 28 years as a CBS News correspondent.

His above observations are pretty spot on.

And they don’t pain a pretty picture of what cable “news”….all of cable news….really is about.