Anybody in the Dallas area care to help a new reporter find a Cowboys jersey? 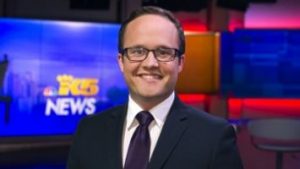 Alex Rozier would like one as he moves from Tegna’s KING in Seattle to sister station WFAA in Dallas.

He’d been at KING for three and a half years and starts at WFAA next month.

Uncle Barky noted that Rozier’s personal Twitter farewell was a bit unusual.
“…Rozier thanked the “people of the Pacific Northwest,” whom he said “helped me overcome the greatest struggle of my life. After three decades hiding from my truth, you helped me walk out of a very dark and depressing closet. Thank you for showing me that ALL people are valued and accepted…..no matter who you love.”

Now about that Cowboys’ jersey….