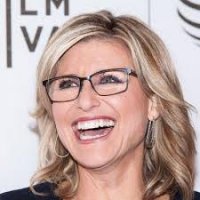 As she waits to see if the rumors of her possible hiring by a rebuilding CBS News have any weight to them, Ashleigh Banfield, who left HLN following its programming shakeup last October, has found herself a new gig for however long it lasts..

The new show, which debuts Monday, April 22 at 9 p.m. ET, will follow first responders around the country as they respond to emergency rescue calls.

Banfield, most recently fronted the little-watched “Crime & Justice with Ashleigh Banfield” on HLN.

She’s been turning up on tv screen for the better part of two decades now, anchoring on MSNBC, NBC News, CourtTV, ABC News and CNN.