In the movie “The Usual Suspects”, Verbal Kint was referring to elusive criminal Keyser Soza. 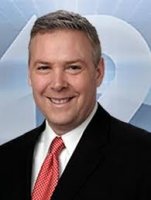 The headline quote also applies to anchor Brad Johansen, suddenly and cryptically out the door at Capitol Broadcasting’s WRAL in Raleigh-Durham, NC after barely a year.

All the station says is that the decision to part with Johansen was “a personnel matter”.

Which is the same reason the station gave for the unexpected departure of longtime weatherman Greg Fishel just last February.

Johansen came to WRAL after having been at WKRC in Cincinnati for more than 25 years.