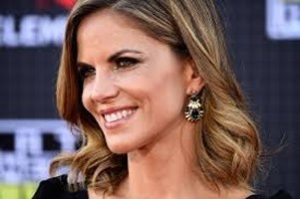 Markedly more subdued than the Gifford send-off was the observance of Natalie Morales’ 20th anniversary with NBC News.

Morales, now relocated to Los Angeles as “Today’s” “West Coast” correspondent, got a shout-out from her 30 Rock colleagues.

“We are cheering for you from afar,” Savannah Guthrie said to Los Angeles-based Morales from New York. “There is no one who has done it with more intelligence, more grace, more goodness, more kindness, more class than you. We love you.”

The lovefest was accompanied by the still-swirling rumors that Morales is about to be bounced as host of “Access Hollywod,” in favor of Mario Lopez, said to be coming over from “Extra.”

Hosting “Access Hollywood” is what brought Morales out to the West Coast from the cozy confines of 30 Rock in the first place.