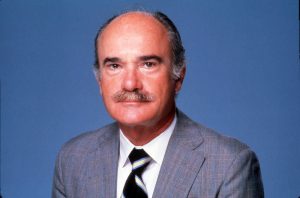 He graduated from high school in Decatur, Ill., and then attended Wheaton College in Illinois and Marquette University in Wisconsin before enlisting in the U.S. Navy.

Following his military stint, Cordtz graduated from the Stanford University Journalism School in 1949.

According to a 1984 profile in Washington Journalism Review, after earning his degree, Cordtz got a job on the copy desk of the the Wall Street Journal’s San Francisco bureau.

His next job was news editor of the Hanford Sentinel in California.

In 1952, Cordtz moved to Ohio, working for the Cleveland Plain Dealer as a reporter and later as a sports feature writer. Not long before his death, Cordtz wrote on Facebook that this was “the place where I learned to be a journalist.”

Two years later, he became a reporter in New York for the Wall Street Journal. He later became the financial newspaper’s Detroit bureau chief, then Paris correspondent and U.S. Senate correspondent. In 1967, he went to work as Fortune magazine’s Washington editor.

“What I care most about is that I think I’ve contributed in a fairly important way to helping all the folks watching TV understand the way the economy of this country works,” Cordtz said in the Washington Journalism Review profile, “and I think I’ve managed to persuade some of the skeptics within TV that it can be done.”

After leaving ABC in 1989, Cordtz became chief correspondent and later managing editor of Financial World magazine and he continued writing well into his 80’s.