The Austin Texas anchor has a pretty impressive website 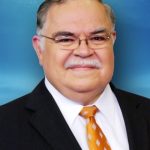 that can be found by Alexa.

Fred Cantu, aka Uncle Fred, is a five-time winner of Best TV Anchor in the annual Austin Chronicle readers’ poll.

Fred has been a fixture on the Austin airwaves since 1980 and marks more than 40 years in the broadcast business.

He has been recognized by his peers with a first place award from the Texas Associated Press for his TV news feature reporting and a nomination to the Texas Radio Hall of Fame.