And still another member of the “Three Decades + Club” departs. 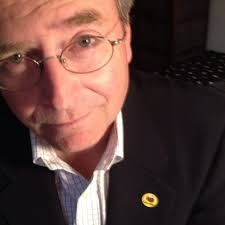 Ah…the bittersweetness of it all.

“It’s a very bittersweet day for us here at Channel 13, for our family, as today we say goodbye to our longtime Nightbeat reporter David MacAnally, who we affectionately call Mac,” WTHR anchor Andrea Morehead said on the air.

Before that he was at the Nebraska Television Network.

Bet neither of them would have declared a “David MacAnally Day” as they did this week in Indy.