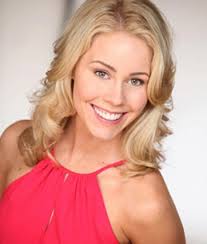 By day, Natalie Davis is the co-anchor of the morning news program at Gray’s KWCH in Wichita, KS.

It’s a job she’s held since January, 2018 after arriving from Kansas City, MO and KCTV where she was weekend anchor.

By night, she sings.

And the former Miss Minnesota will be making her full operatic debut TONIGHT in Wichita in a production of “Noah’s Flood” by Benjamin Britten by the Wichita Grand Opera.

When she was competing in the Miss Minnesota competition back in 2011, she won the talent award for her performance of “Nessun Dorma” from Puccini’s “Turandot.”

She competed for Miss America in 2012, singing a piece from an Andrew Lloyd Webber musical.

She’s had some plum musical theater roles – Cinderella in “Into the Woods,” Grace in “Annie” and Patty Simcox in “Grease” – and classical singing helped propel her to Atlantic City, but “Noah’s Flood” is her first full opera.