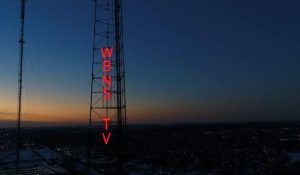 It was just over two months ago that we reported to you the abrupt exit of Steve Koles after a scant nine months as news director at Dispatch Broadcasting-soon –to-be-Tegna’s WBNS in Columbus, OH.

Spritz a little WD-40 on the revolving door.

It is Tegna, you know.

Special projects EP Shawn Hoder and assignment manager Mike Gravely are said to be leaving in the next month or so, according to NewsBluesers.

Coming on the heels of Koles’ exit (along with two veteran reporters), it would seem that some big holes are in the newsroom

We’re also told  there will be an announcement this week that Creative Services Director Larry Watzman is leaving to take a similar job in Las Vegas.

There’s wuite a bit of finger-pointing, much of it as GM John Cardenas, who is also vice-president of news, overseeing both WBNS and sister station WTHR in Indianapolis, IN.

Both stations have undergone staffing cuts in recent months – never a morale booster in any scenario.

Will Tegna ownership make a difference?