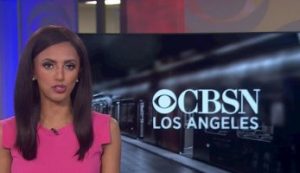 A daily lineup of KCBS and KCAL regularly scheduled newscasts are featured, as well as additional weekday exclusively produced newscasts at 7 a.m. and 1 p.m.

The service will be available on CBSN, on CBSNews.com and on the CBS News apps for mobile and connected TV devices.

According to the CBSN data from last year, more than 75 percent of CBSN viewers are in the 18-49 demo, with an average age of 39.

The average CNN, Fox News and MSNBC linear viewer across the 24-hour-day is in their late 50s/early 60s.