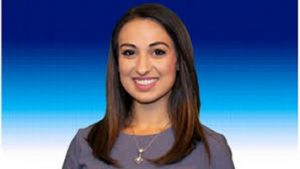 Ashley Afonso, a Connecticut native is the newest addition to the news team at Tribune’s-soon-to-be-Tegna’s WTIC in Hartford, CT.

Prior to WTIC Afonso was at Springfield’s WWLP – a Nexstar property, where she was a news anchor for the past four years until January.

She’s had a digital content job at Pratt and Whitney for the past six months before landing at a television station in her home state.