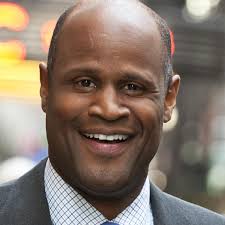 Chicago-based NBC News correspondent Ron Mott showed up over the weekend filling in at the anchor desk for Dick Johnson on NBC-owned WMAQ.

Mott, who was a news anchor and reporter for stations in Kansas City and Burlington, Vermont, before joining NBC News in 2005, has no further anchor subbing gigs planned according to the station.

But, you know, keep the hand in, just in case.