And here we have another example of the Fox-Trump loop that drives far too much of the news cycle these days. 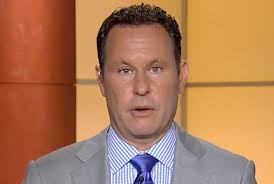 Tuesday morning, Brian Kilmeade, one of “The Three Dumbest People on Television”© as a host of Trump-centric “Fox & Friends,” opined his shock and mystification that, for by far the most part, American Jews tend to vote Democratic rather than Republican, despite Republicans’ support for Israel.

“Stunningly,” Kilmeade said, “the majority of the American Jewish support goes to Democratic candidates. President Trump only got 24 percent.”

And before the day was out, that very topic was sprung upon reporters in the Oval Office by Mr. Trump who said that he didn’t “buy” the tears from Rep. Rashida Tlaib (D-Mich.) at a recent press conference addressing Israel’s decision to bar entry to her and Rep. Ilhan Omar (D-Minn.), adding that Jewish Americans who vote for Democrats show either “a total lack of knowledge or great disloyalty.”

“Where has the Democratic Party gone?” he continued. “Where have they gone … where they’re defending these two people over the state of Israel?”

“At a time when anti-Semitic incidents have increased — due to the president’s emboldening of white nationalism — Trump is repeating an anti-Semitic trope. If this is about Israel, then Trump is repeating a dual loyalty claim, which is a form of anti-Semitism. If this is about Jews being ‘loyal’ to him, then Trump needs a reality check,” said Halie Soifer, executive director of the Jewish Democratic Council of America.

This morning will see another round of vapidity from the Kurvy Kouch, which now programs exclusively to the occupant of 1600 Pennsylvania Avenue, while eagerly awaiting his tweeted responses.