And only your block…. 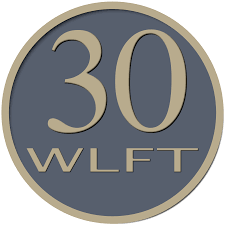 WLFT is a low-power television station in Baton Rouge, LA that operates three fulltime secondary channels which carry local programming as well as content from MeTV and Antenna.

On November 1, the station plans to launch a fourth low-power TV station, called 30 on 3rd, Nov. 1 from a new broadcast studio on Third Street in Baton Rouge that will carry downtown specific programing.

And ONLY downtown specific programming.

Downtown Baton Rouge residents can access the station over traditional airwaves on channel 30.3 or through an app, but programming will not be available through cable or satellite systems.

General Manger Lucas Fry estimates some 90% of the station’s content will be original.

“It’ll be nothing but news, weather and sports in downtown Baton Rouge,” Fry says.

And, of course, a hefty chunk of programming produced by downtown-centric businesses who will pony up for the airtime.

Fry wants to launch at least five other hyper-local stations around the region.

TV is getting smaller.