For those of us who have chased storms, you gotta admit, it is fun, the rush, the chance to see Mother Nature at her best or worst and hopefully all caught on camera. 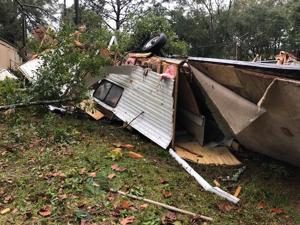 Unfortunately though, there are times where you are just too close for comfort.

That was the case for a crew at Mobile Alabama’s WALA (FOX) as a Twister appeared right in front of them.

Reporter Lee Peck and Photographer Daeshan Smith were in the WALA StormTracker Truck when a tornado appeared out of nowhere.

It was gone just as fast as it formed lifting up — Lee caught the tornado on his cell phone heading north in the distance.

Luckily neither was hurt.