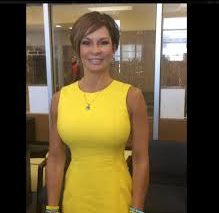 Fullbright replaces veteran News On 6 anchor Terry Hood who retired this month after 32 years at the station.

Fullbright will continue to anchor the 5 p.m.

“I’m humbled to have been given this opportunity and I look forward to telling my fellow Oklahomans’ stories every night and keeping them safe and informed,” Fullbright said. “Terry has done such an amazing job and I’m honored to be taking over for her.”

Fullbright is no stranger to News On 6 viewers. She currently co-anchors the 5 p.m. newscast and has been part of the News On 6 family for more than 25 years. Part of her focus is covering crime, crime prevention and being an ally for crime victims and their families. She has also shared safety tips with thousands of Oklahomans at her crime prevention and safety seminars.
Prior to joining KOTV, Fullbright worked at three other TV stations in Springfield, Kirksville and Columbia, Missouri.