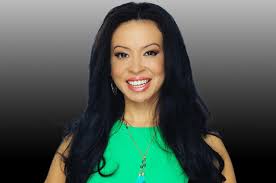 The sudden exit of NY1 traffic reporter Adelle Caballero last week was evidently explained away to her shocked colleagues as Caballero seeking that ever-elusive “work-life balance.”

She didn’t care for the front office’s explanation and Page Six reports that Caballero fired off a furious email to staff suggesting that the network’s managers had been “dishonest” with her colleagues about her reasons for walking.

She said she’d quit because “management and I could not agree on contract specifics.” Caballero — who’s been with the network since 2010 — added in the company-wide email, “I am NOT leaving because I decided to become a stay-at-home mom or because I was struggling to maintain work, life and motherhood [at the same time].”

Caballero said she was “honestly shocked” to learn “people were told and led to believe that.”

“Despite the dishonesty, I harbor no ill will for NY1 or anyone here. However, we’re a news station; the core of journalism is communication and honesty. What does it say if those two things can’t even be established in our own newsroom?”

Which is a very good question.

Caballero gave birth to a son last spring and came back in work in September.

The suits at NY1 have zipped lips.