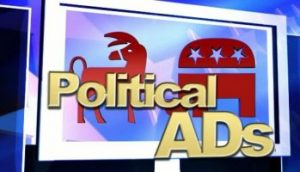 If it works and Zuck & CO fail to follow up on it, there should be hell to pay

Lead Stories, one of the fact-checking organizations hired by Facebook after the 2016 election to help curb the platform’s misinformation problem, is ready to propose a change to Facebook’s policy allowing politicians to run ads containing falsehoods.

This week, Lead Stories will offer its solution at a meeting of Facebook’s fact-checkers at corporate headquarters.

“There is an urgent need for a fair method to identify egregiously false political ads in 2020,” company founder and CEO Alan Duke, himself a former CNN journalist, said. “Our experience as fact checkers shows me that too many people are too fast to fall for disinformation.”

Facebook’s current policy is to not fact-check political ads run by elected officials and candidates.

(It will fact-check posts from PACs and other political groups, however.)

That policy has led to backlash from some of the company’s own employees, and Democrats who say the policy will most benefit President Trump, who has been known to share falsehoods.

One Trump campaign ad in particular, about former Vice President Joe Biden, was a catalyst for the backlash.

We’re seeing a version of that ad right now on local television.

Explaining his proposal, Duke said, “It would likely involve fact-check journalists researching and debunking but with the added process of a nongovernmental, nonpartisan blue-ribbon panel reviewing the results to determine if a candidate’s political ad should be flagged and banned.”