We checked our calendar and then some local stations around the country and yep, it’s sweeps.

Time to fire up the special reports that could have been done months ago and bring on the new set that will fix everything. 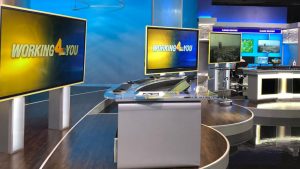 At Meredith’s WSMV in Nashville, it looks a lot like sister station’s KPHO 2 and a half year-old set in Phoenix, AZ.

The set by Z Graphics features a “bumped out” LED box that’s used to display ticker style graphics, with a faux stacked stone insert and is backed with lower resolution LED panels mixed in with pivoting frosted panels. 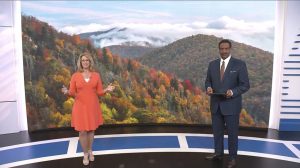 The news operation abandoned its newsroom set in favor of the new home and its 20 foot wide by 11 foot tall seamless curved video wall that’s used for both standups and weather. 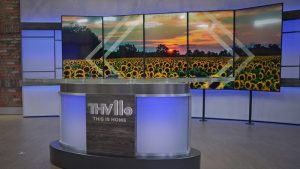 Let’s wrap up this medicine show at Tegna’s KTHV in Little Rock, where Joe Lamberta Design came up with a standing anchor desk, with a five-panel video array behind it.

And yes, there is a video panel for in-studio standups..

We hope it works for all of you.