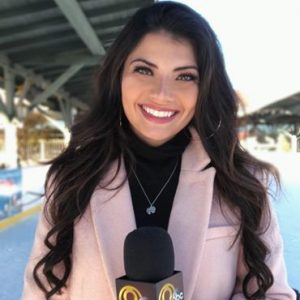 We are pleased to report to you that Alex George, who was unceremoniously dumped by Sinclair’s WTVC last December while she was on medical leave battling cancer, has herself a new job and it’s a pretty good leap from Chattanooga, TN.

George is now a general assignment reporter for Fox-owned WTXF in Philadelphia, where she was an intern back in 2016.

We told you last December how, in a move that was monumentally crass even by Sinclair standards, George had her contract terminated by station management while she on leave, dealing with a serious cancer issue.

Her situation, vis-à-vis the corporate cold-blooded decision also may have contributed to the exit of station GM Mike Costa, inferentially due his unwise decision to show a heart.

Let’s call it an 84-market jump for the young professional.