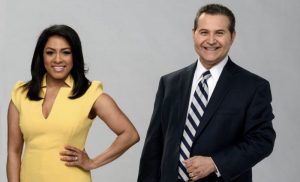 “We’re going to kind of tag-team the weather together and bring you a closer look at some metro forecasts on a daily basis,” Avalos told viewers.

Avalos continues as the main morning meteorologist with Roman joining him three days a week with “additional coverage on the big weather story of the day.”

She also will appear on Saturday and Sunday morning newscasts.