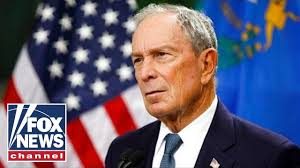 For some reason, a number of media types out there, including MSNBC’s Mika Brzezinski have fallen in love with the idea that presidential wanna-be Michael Bloomberg is the perfect guy to buy Fox News Channel.

Now the problem with this “brilliant” idea should be obvious to anyone remotely familiar with the machinations of the media business, including at least two of the above.

Why in the hell would Fox want to sell Fox News Channel?

Focusing on the newly-defined core business of local television and cable news is why Fox sold off its regional sports networks and its film business isn’t it?

Granted, some of these people hope to dissuade Bloomberg from throwing his hat into an already crowded ring of Democratic presidential candidates and have him focus his life somewhere else.

And yes, it is a fever dream of many that somehow Fox News will disappear into the mists of history along with its execrable prime-time lineup and morning day-care refugees.

But the last we checked, a seller has to be willing to sell, as well as a buyer willing to buy.

So far, neither of those prospects seems remotely possible.

So this is the winner of this week’s dumb idea – a week which saw several Fox News gasbags try to gin up  a liberal “War on Thanksgiving” based on a single article that outlined the environmental impact of Thanksgiving dinner.