The University of South Carolina is investigating members of a fraternity who a television reporter says made sexist and offensive remarks to her while she was working. 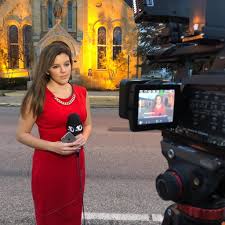 She posted a video of the mouthy boneheads.

Multiple reports indicate Lambda Chi Alpha had already been suspended from the school’s campus until 2023 because of hazing allegations involving violence and alcohol.