Just three months after joining Sinclair flagship WBFF in Baltimore and six months after she was given the boot by WJZ following a controversial question she posed   to a guest after the resignation of city mayor Catherine Pugh, Mary Bubala finds her career restored. 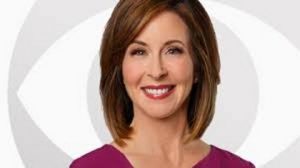 “We’re very excited to bring May back to the anchor desk in Baltimore where she will continue her award-winning journalism and storytelling,” according to news director Mike Tomko.

She replaces Jennifer Gilbert who recently announced she’s stepping down from the station.

The station is also adding a 6 pm weeknight newscast on January 13th.

More Mary for everybody.

The station already does 4 and 5 pm hours.