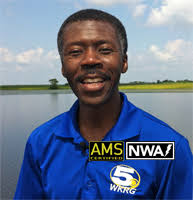 When we last heard from Mobile, AL meteorologist Alan Sealls, it was in June and the veteran forecaster had just walked out the door at Nexstar duopoly WKRG-WFNA after he and management hit a wall in contract negotiations.

So much for 20 years of service.

At the time, he said he wanted to stick around Mobile.

He got his wish.

Sealls is now the new chief meteorologist for Sinclair-operated WPMI in the market.

The station is owned by Deerfield Media.

The news director sounds even more excited than Sealls about his new position.

“Alan is a game-changer. No meteorologist in our market has more credibility and is more trusted than Alan Sealls. With 10 Emmys in his trophy case, he makes NBC 15 better just by walking in the door. He was voted ‘Best Weatherman Ever’ by Reddit. How do you top that? With the addition of Alan, NBC 15 will have the most experienced, evening-news team in the market! We’re beyond excited about this new chapter for NBC 15,” we are assured news director Bob Noonan actually said.

We hope the boss can contain himself until then.