Six months after Lee Cruse was fired from Scripps’ WLEX in Lexington KY following comments he made two weeks prior that the station called inappropriate, he’s found himself, and former co-host Hayley Harmon, a new gig across the street. 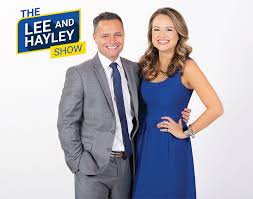 “Live with Lee and Hayley”, the program they hosted at WLEX is moving to ratings-challenged WTVQ, a Morris Multimedia station.

They, of course, are delighted.

Chris Aldridge,WTVQ GM said so.
“Bringing their tremendous talent and immense viewer-appeal to our station is going to be a game-changer in this market,” he added.

The game-changer for Cruse back in May was when he was reading a script about a BBC radio broadcaster who was fired for using a chimpanzee to represent Prince Harry and Meghan Markle’s newborn baby.

Cruse laughed and said, “this is my new favorite disc jockey.”

The next day on the show, he apologized and called his comment an “egregious error.”

A day late and a dollar short.

He was fired after 20 years and a brainless ad lib.

“I beat myself up for quite a while, because again, it was a little bit of just a perfect storm coming together. A bunch of confluence, one of them I was not prepared, I wasn’t sure what the story was that I was speaking about and that’s really how it all fell apart for us,” he said.

Not long after his departure, Harmon took the exit door.

“Lee admits that he made a mistake he apologized for that mistake his apology was sincere,” new boss Aldridge said. “So again, rather than focus on what happened in the past, we want to focus on the future.”

Move along, nothing to see here.

The re-booted hour-long program returns in February and will air weekday afternoons.