A longtime television station bookkeeper was sentenced to prison after admitting she embezzled more than half a million dollars from a Southern Oregon television station, along with thousands from a relative with Alzheimer’s disease. 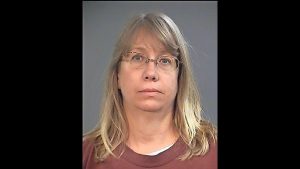 Anne Knifong was sentenced last week to two years in prison and ordered to repay hundreds of thousands of dollars to California Oregon Broadcasting Inc., the parent company of KOBI in Medford, OR, after pleading guilty to aggravated theft and aggravated identity theft charges.

Trial records showed that Knifong stole more than $700,000 from the television station between 2012 and 2017; however, some of the thefts occurred outside the statute of limitations.