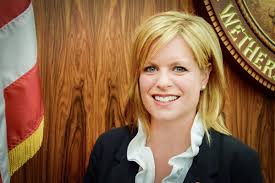 Ten years have passed since Jodi Latina traded in her microphone and reporter notebook for the world of politics.

But Latina is headed back to tv and Nexstar’s WTNH in New Haven, CT.

Latina is leaving his job as chief of staff for New Britain Mayor Erin Stewart, a job she’s held for the past four years.

Latina first worked for the station from 2000 until 2009 after a tour of duty as WFSB.

She wraps it up at the mayor’s office Friday and will be focusing on political coverage upon her return to WTNH.