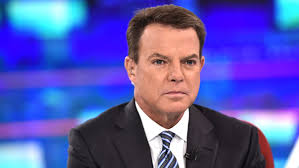 The way things looks right now, if MSNBC executives can ever come to some sort of conclusion to a schedule shuffle, the possible acquisition of Shepard Smith WON’T include a prime-time slot for him.

Not that he wants to be an opinionator.

Smith’s stock-in-trade has always been as a straight journalist.

And yes, taking the time to set the record straight IS journalism, contrary to what you might have heard.

As it happens, Smith is in the middle of a year-long non-compete, so there is more than enough time for MSNBC to come up with something that would appeal to him.

And then there is CNN, where the boss, Jeff Zucker, has expressed interest in Smith coming on board.

The best slot for Smith at MSNBC would be the same slot her had at Fox – 3 PM.

That would displace Ali Velshi from his solo slot, but would provide a more potent lead-in to Nicolle Wallace.

And we haven’t addressed the fate of “MTP Daily with Chuck Todd,” which airs opposite “The Situation Room with Wolf Blitzer” and is regularly beaten in the A25-54 demo by Blitzer.

Since a chunk comes back at six for Ari Melber, is it Chuck?

Back to Shep- we hope the suits at MSNBC are smart and don’t try to turn him into another opinion circus performer.

But then, these are the folks who didn’t think Ronan Farrow was a journalist.